It was good news for people in our Barangay to see that informal settlers in Silencio and Butig Street will finally be relocated to their own homes in Montalban Rizal. For as long as I can remember, these houses, usually no more than two meters by and two meters lined the streets going to the church and to the high school in our Barangay. I think this is an ongoing project of the Quezon City government because a few months back, the informal settlers from another street were paid and given relocation too. Still, you have to at least symphatize with the people that this is going to be difficult for them in the beginning. 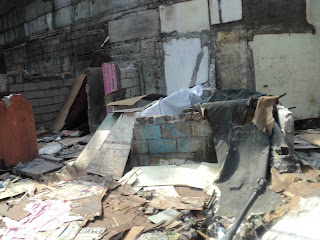 There were a lot os high school students here who would be tranferring to a new school, and employees who would have to get used to a longer commute. 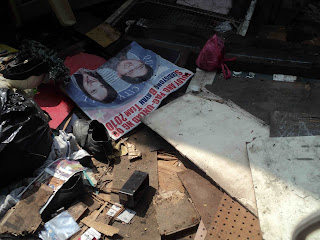 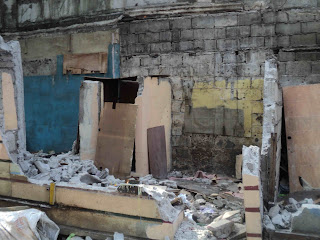 Left in the wake of the relocation are these structures that are now being demolished. I just hope that our Barangay will do something to make this area beautiful and not just a free parking space for jeepneys in our area. 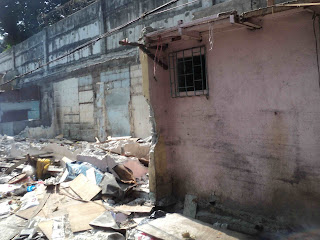 I also wish that they will protect this area to make it free from squatters in the future because I remember my mother inlaw saying that those who lived here were "malakas kay Kap." I hope that this will not happen again in other areas of our barangay to keep it a more safer and cleaner place for everybody.